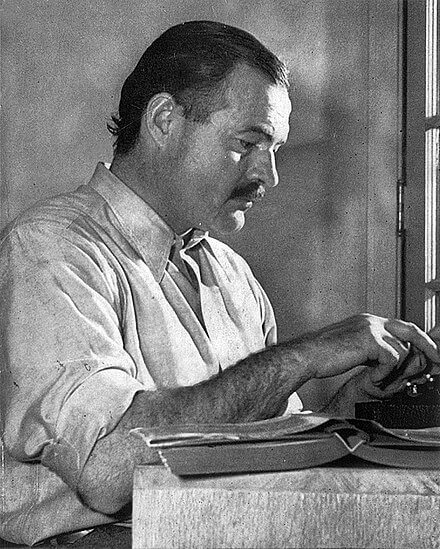 According to legend, novelist Ernest Hemingway was challenged by fellow writers to tell a full story in six words.

His response, penned in a few minutes on a bar napkin, won him $10 from each challenger:  “For sale: baby shoes. Never worn.”

UC Berkeley Haas showed some literary panache in setting this challenge to MBA applicants this season in its new essay question: “Tell us a six-word story that reflects a memorable experience in your life-to-date.” (Whether you can submit your answer on a bar napkin is unclear.)

You also get 250 words to elaborate on why your six-word story is meaningful to you. The heart of the challenge, which replaces “choose one song that expresses who you are,” is to distill an emblematic experience into something autobiographical and memorable.

So where to start? Haas Associate Dean for the Full-time MBA Program and Admissions, Pete Johnson, offered the following advice during the Admissions Director Panel at the CentreCourt MBA Festival in New York: “Be courageous,” says Johnson. “I think a lot of applicants say ‘well, you know, I’m an engineer but what I really want to do is work in digital music’, and they write it out and they show it to their partner or whoever who says, ‘no don’t write that, they’ll think you’re crazy!’ When people do that, it goes flat. When somebody really tells us what they’re enthusiastic about it literally leaps off the screen when we read those things. “

I suppose the napkin option is out.

“The worst thing that you can do it be afraid and try to give the safe answer,” Johnson emphasizes. “Be courageous and tell us who you really are and what you want out of business school, and I think that you will find that strategy will take you all the way.”

Haas Executive Director of Full-Time MBA Admissions, Morgan Bernstein, provides some great advice for the essays on the program’s website.

Given that a good story contains a beginning, middle and end – a mighty feat in six words – the Haas six-word story is a prime example of shorter not being simpler. To paraphrase a literary maxim often attributed to Mark Twain, ‘If I had more time I’d have written a shorter letter.’

My Fortuna Admissions colleague Sharon Joyce, Haas’s former Associate Director of Admissions, says, “The six-word essay prompt allows the admissions committee to understand ‘what makes you tick’ up and beyond what they’ve already gleaned from your work history and academic record. Write not what you think sounds so very b-school, but rather share your authenticity and sense of purpose. It’s an opportunity to share an experience where you went beyond yourself to succeed, or grew in confidence from a lesson in failure.”

Sharon advises to first think about the memorable experience and why it might have proved to be a particularly rewarding challenge or brought you great satisfaction. “There is no right story other than your own,” she adds, “and this isn’t an exercise in grammar. First, think about what you want you want Haas to take away from the essay before you try to capture that experience in six words.”

For some entertainment and inspiration, you can explore some clever submissions from a six-word memoir contest featured on NPR, including the irreverent, “Met wife at her bachelorette party.”

Elsewhere among the applications at the top MBA programs this season there is no change among essay questions for Stanford GSB, Wharton or Harvard. For the 13th year running, the GSB still wants to know “what matters to you most and why?” Wharton asks about your professional aspirations and how you’d contribute to its community. And HBS persists with its open-ended, “what would you like us to know” question (nary a word limit for guidance).

Among other top schools, the most notable new essays are from Northwestern Kellogg, Columbia and MIT Sloan, as well as Johnson Cornell.

This year, MIT Sloan joins INSEAD, LBS, UT Rotman and Northwestern Kellogg in requiring a video statement, asking candidates to introduce themselves briefly on camera. It’s a positive evolution in terms of bringing your candidacy to life, offering an opportunity to express yourself beyond your paper application and for the admissions committee to see you in action. MIT is assessing how well you express yourself within the context of fit with its culture and program. Remember that the admissions committee will also be gauging your ability to think on your feet, language skills, confidence, and presentation style.

Northwestern Kellogg revised its opening question about leadership qualities to hone in on “… a time you have demonstrated leadership and created lasting value. What challenges did you face, and what did you learn?” For context, it shares Kellogg’s purpose “to educate, equip & inspire brave leaders who create lasting value,” explicitly reinforcing the qualities the program looks to engender. In recasting its questions, Kellogg is also reframing as an invitation to showcase impact and leadership qualities, which can transcend position or role, versus a focus on a recent leadership role (formerly, “describe a recent and meaningful time you were a leader”). There is leadership that’s taken and leadership that’s given – this is a chance to respond from a multitude of angles.

Columbia refreshed several of its essay questions. It’s first question regarding career goals, for example, now asks you to articulate “…what, in your imagination, would be your long-term dream job?” It also wants to know about “your personal priorities” and how “you anticipate allocating your time” (versus its former angle, which wanted to know how you’d take advantage of being “at the very center of business” on its NYC campus). Perhaps the most creative addition is an overhaul of essay #3, which asks for a response to one of two questions: “If you were given a free day and could spend it anywhere, in any way you choose, what would you do?” or “Please tell us what you feel most passionate about in life.” These types of questions allow you to expand into terrain that shows your inspirations and influences , so give yourself ample time to play with ideas. You increase the chances of your audience’s enjoyment in reading it when you allow yourself some fun in writing it.

Cornell Johnson, like Columbia, wants to know more specifically about your post-grad career plans. This season, in addition to its two essays, the school is asking for a detailed “Goals Statement,” which asks you to fill in the blanks of pre-scripted short and long term goals statements, as follows:

My Fortuna colleague Randall Sawyer, former Assistant Dean of Admissions at the school, advises: “Like all business schools programs, Cornell thinks the MBA should be a transformative experience. Your ability to forecast the future with coherent and realistic specifics underscores your understanding of where the degree can take you. That the final destination may change along the journey is something admissions officers anticipate and understand.”

To craft a logical and inspiring career vision, Randall recommends taking time to thoughtfully research the type of jobs that you envision undertaking post-MBA. “Imagine what brand, companies and functional areas attract you and why. Then, do additional research to learn how the MBA will add value to your future goals. Unlike the interview, the statement doesn’t give you room to editorialize, so be aware how your future ambitions and prior experience will connect in the mind of the reviewer.”
Irrespective of topic or length, the vital thing to keep in mind when writing a compelling and memorable essay is to allow sufficient time for revising and editing. Don’t expect to one-shot your essays in a moment of inspired genius. Hemingway, who redefined contemporary literature with his potent, spare prose, allegedly rewrote the first part of his novel, A Farewell to Arms, more than 50 times.

Never one to mince words, Hemingway once advised an aspiring writer, “The first draft of anything is sh@*.” It’s nearly always true, even for the man who produced one of his most memorable pieces on a napkin.

A version of this article was originally published in Forbes by Matt Symonds on September 7, 2017. 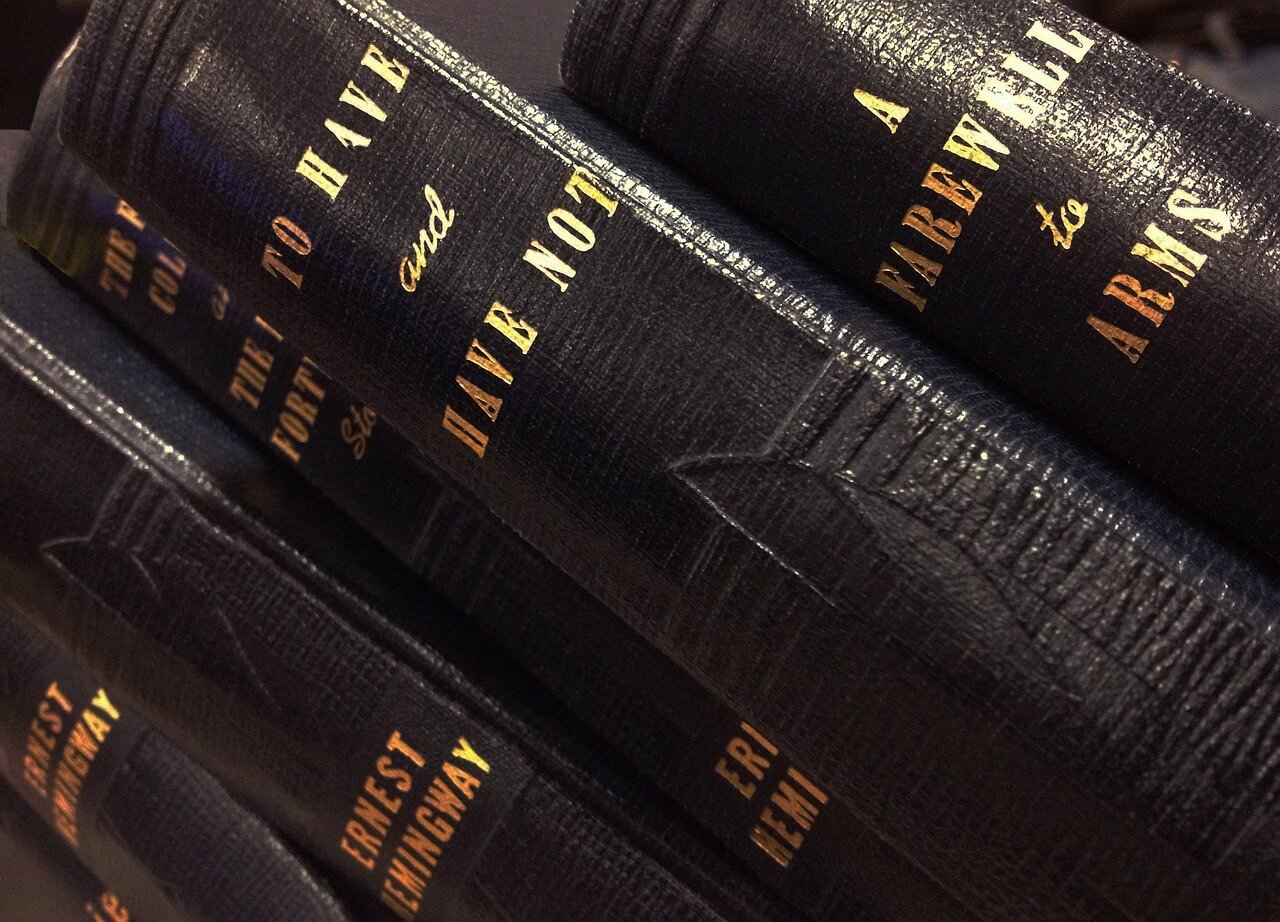