One of the longest-established of the big five media MBA rankings, US News recently released its twenty-fifth annual ranking of US-based MBA programs

. Although BusinessWeek claims it published the first full b-school assessment in 1998, actually US News published a business school reputation survey in 1987, which would make it the oldest MBA ranking. However, it wasn’t until 1990 that US News started using the metrics and methodology that are not that different from the ones we see today.

Unlike several of the other major MBA rankings, US News focuses more on the US and doesn’t create a separate list of top-ranked business schools from other countries. US News is also heavily subjective, as 25% of the weight of the ranking relies on a peer assessment score from business school deans and directors, who rate programs

on a scale of 1 (marginal) to 5 (outstanding). Similarly a further 15% is based on a corporate recruiter survey while an additional 35% of the ranking is calculated based on placement success. The way placement success is measured is based off of post-MBA starting salary and bonus

, and employment rates. US News also includes student selectivity in the ranking, by allocating a 16.25% weighting to GMAT or GRE scores, and 7.5% to their GPA. Acceptance rate are incorporated as well, although this accounts

Based on these factors, there’s no surprise that the business schools dominating the US News ranking are primarily those with the highest average GMAT scores for their admitted students, while that is also similar in the majority of the rankings. This may also explain how in 1995 MIT Sloan claimed the #1 rank, the first and only time Sloan has achieved this feat in any of the big 5 rankings. Timed together during a technology boom, Sloan boasted an average GMAT score that rivaled west coast competitor Stanford GSB.

Apart from one exception 18 years ago, Harvard Business School and Stanford GSB have maintained the top spots within US News. Edging ahead slightly this year with the #1 ranking, the GSB has been ranked #1 fifteen times, while HBS has also been #1 fourteen times. These rivals have shared the #1 spot 5 times since 1990, including the 2013 ranking published last year.

Comparing the latest ranking results this year with those of 1990 you notice how little has changed among the top 10 schools on the list. Harvard, Stanford, and Wharton, still occupy the first three places, and none of these schools has ever fallen lower than #5 in US News. This year Chicago Booth edged up to #4, above Kellogg, which dropped to its lowest ranking of #6 (also ranked sixth in ’97 and ’98). Columbia gatecrashed the top 3 in 1998, no doubt matching record highs on Wall Street, and has been a consistent top 10 ever since. Darden also made it into the top 10 this year, up from #13 in the 2013 ranking.

Beyond this top-ranked cluster of schools, things begin to change a little more. Among the MBA programs that have made the most upward progress over a twenty year period are UC Berkeley Haas, which moved between #10 and #15 in the 90s, and has made it to #6 this year, up from the #7 spot it held for the five years prior. NYU Stern has been a consistent climber since it ranked #18 in 1990, and has made the top 10 in 5 of the last 8 years (Stern slipped slightly to #11 this year).

Another big winner is UT Austin McCombs, a school now on the radar screens of many more MBA applicants, as it enjoys its desirable location in one of the nation’s fastest growing cities, with a dynamic local economy that includes a booming tech industry, and good health in the energy sector. Emory Goizueta is bouncing back, after falling to #24 in 2008 and this year claims a place at #18.

Elsewhere, Yale SOM could have thought it had finally secured

a consistent place at the top table when it ranked #10 for the third time from 2009 – 2012, but it has fallen 3 places since then, largely because of the progress made at other schools. University of Michigan’s Ross School has seen a decline since the early 90s, with the #5 rank in 1993 yet it hasn’t made it into the top ten since 2005. However Ross climbed up from #14 last year to tie for the #11 spot this year.

Looking at the highs and lows among the top 20 since US News began its ranking, it is worth noting that all the schools from #7 to #20 have seen a difference of between 6 and 9 places between their highest and lowest rank. For many that is a sign of stability among the top US business schools, though if you are at the school that is now 9 places below a historic peak perhaps the perspective is a little different.

We’ve tried to fit in 20+ years of results into the table below. Initially US News published a ranking every other year, moving to annual results from 1994 onwards. They also somewhat confusingly describe their results for the following year, so a ranking published in 2013 is called the 2014 ranking. We have ignored this extended shelf-life marketing

approach, and refer to the year in which the ranking was published.

This might be the only place to find all 25 years of results for the top 20 together in one table, so we hope you find it useful. You might need to click directly on the chart to see it larger.

Applying to Competitive
B-schools from Asia 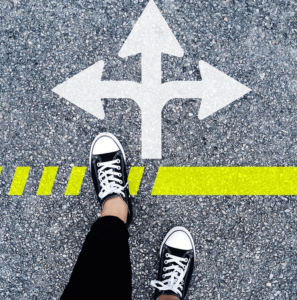