Fortuna Admissions has compiled the results of the major media MBA rankings of the last 12 months to produce the Fortuna Ranking of MBA Rankings 2012. 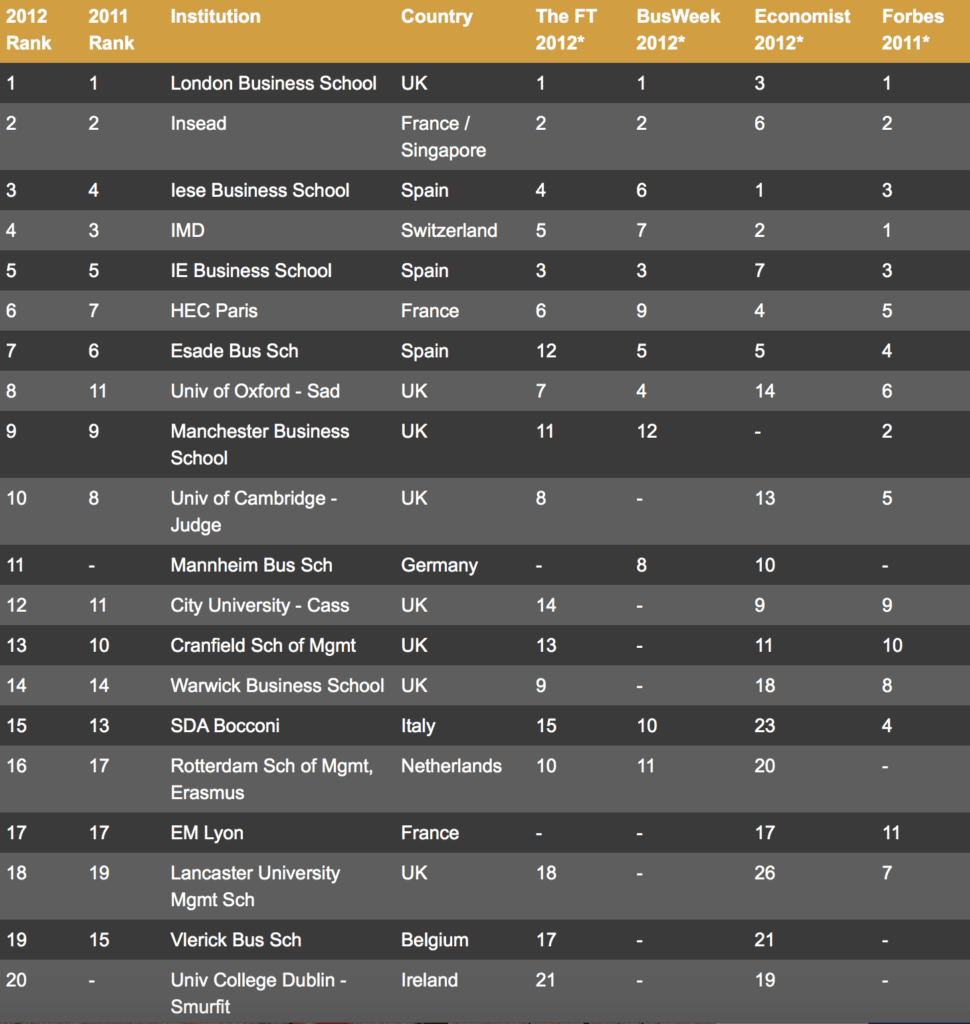 The idea of the Fortuna Ranking of MBA Rankings is to compare the performance of schools in multiple rankings, and therefore does not include the many good European business schools that appear in fewer than two rankings. This means that, for example, Imperial College in London – an outstanding business school as recognised by it’s position at #46 in the overall Financial Times ranking – has not been included for 2012.

Candidates should remember that this is not scientific approachand there is no attempt to weight any one ranking greater than the others. As stated before, each ranking uses a different methodology and measures different things with the inherent limitations of each assessment, so doing particularly well in one ranking and less well in another is reflected in the overall average score.