Fortuna Admissions has compiled the results of the big five MBA rankings of the last 12 months to produce the Fortuna Ranking of MBA Rankings 2012 – US Business Schools. 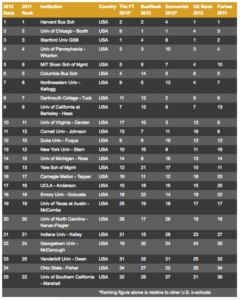