For the fifth consecutive years, INSEAD has claimed the top spot in the Fortuna Ranking of MBA Rankings for European Business Schools,  which combines the results of the league tables published by the Financial Times, BusinessWeek, The Economist and Forbes. By aggregating the results of all four global rankings of European schools, we offer a snapshot of overall performance, and remove some of the wild up and down movements in any individual ranking from one year to the next. 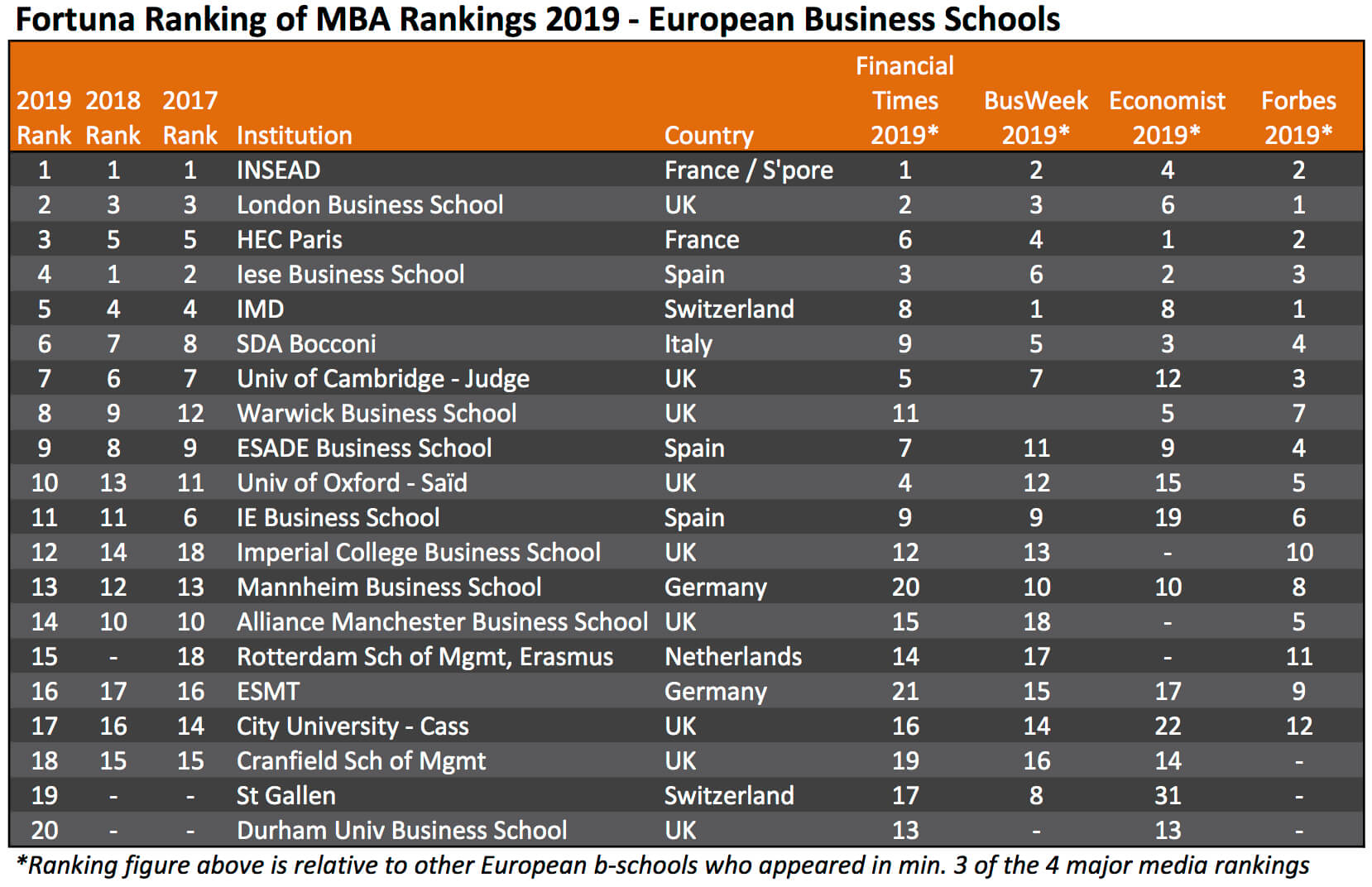