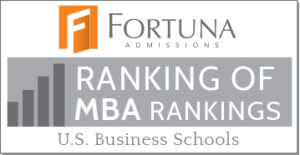 Fortuna Admissions has compiled the results of the big five MBA rankings of the last 12 months to produce the ninth edition of the Fortuna Ranking of MBA Rankings 2019.

Every year we combine the results of the MBA rankings published by US News, the Financial Times, The Economist, BusinessWeek and Forbes to produce a wide-angle view of how school perform across the varied methodologies and weighting of each ranking. How do the top business schools in the US perform when you combine these results?

The headline news is that Stanford GSB and Chicago Booth tie at #1, pushing HBS and Wharton to #3 and #4 respectively. Stanford not only outperformed HBS in BusinessWeek, but also the FT, US News and Forbes. Small wonder that the GSB wins over so many when the rivals make an offer to the same applicant.

Chicago Booth retained a lead over Wharton in The Economist, Forbes and BusinessWeek, with Wharton edging the results in the FT and US News. Chicago Booth is the only school in the top 10 that saw applications increase last year and based on these results it will be as tough as ever to secure a place in the Chicago MBA for next September.

Berkeley Haas has had a great year, with a string of consistent results that in the overall calculation of results averaged across the five major MBA rankings sees the west coast school move up two places to #6 ahead of MIT Sloan and Columbia. It is perhaps time to reconsider the M7, and make way for an M8.

Dartmouth’s Tuck was saved by a startling rise of 17 places in the BusinessWeek 2019 ranking to #2, after a difficult year in which the MBA lost four places to #12 in The Economist ranking of October 2018,was #15 in the FT ranking of January 2019, and lost ground to #12 in the US News ranking of March 2019.

Cornell joins Darden in a steady climb towards the top, with strong results in Forbes, BusinessWeek and The Economist nudging the school into a tie at #12 with Michigan Ross. Meanwhile Yale SOM and Duke Fuqua, who have both reached the top 10 in the Fortuna Ranking of MBA Rankings in one of the past two years both drift in the other direction in 2019.

In the rest of the top 30, Indiana Kelley, Vanderbilt Owen and Notre Dame Mendoza all climb by two or three places, but the strongest performance is from the Hough Graduate School of Business at the University of Florida’s Warrington College of Business. As recently as 2017, Florida Hough didn’t even rank in many of the major rankings, but this year they raced ahead, ranking #21 in the FT and #23 in The Economist compared to other US schools, and #25 in US News. 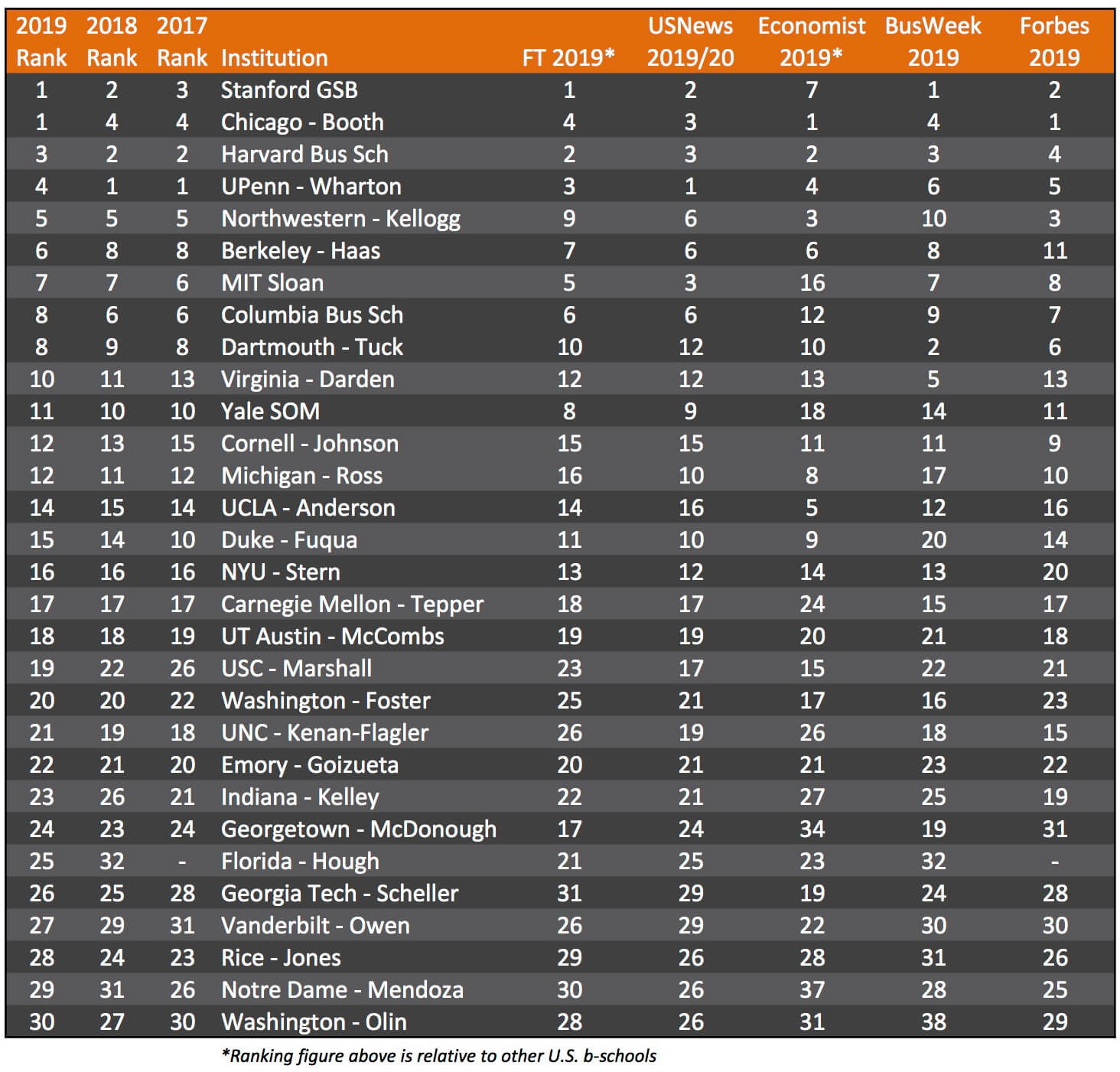 How to Maximize Your MBA Application Process Now