When it comes to applying for your MBA, there’s a lot more to consider than school reputation. What about international versus US schools? And how does a one-year program compare to two years? In this 8-minute vlog, Fortuna’s Judith Silverman Hodara speaks with expert coachCassandra Pittman, a Columbia MBA alumnus, former LBS admission officer and INSEAD associate director, on the key elements to consider in your decision making.

Judith: This is Judith Silverman Hodara, I’m a founder and director at Fortuna Admissions. We’re really excited to have with us today Cassandra Pittman. Cassandra comes to us with an incredible background, with a Columbia MBA as well as having worked as the Associate Director at INSEAD and as an admissions officer at London Business School.

So glad to have you with us today Cassandra. I wanted to talk a little bit about the big question for students at this time of year, which is certainly ‘should I think about an international MBA?’ and ‘what are some of the differences between a US MBA and an International MBA?’. I was hoping that together we could talk through a couple of the reasons that you might choose one or the other.

Number two can be the time of the program: A lot of the international MBAs are shorter or have shorter options than two years. And for some people that can be a better fit. So, I would say those are the two main reasons to consider an international MBA.

Judith: When you were looking a reviewing applications for both INSEAD and London Business School, were the US candidates sort of an unusual group for you? Was that a difference, I guess, and they were sort of like, ‘oh, there’s someone here from Minnesota!’ – was that diversity for you guys?

Cassandra: That’s a really good question. INSEAD, especially, there’s no nationality that makes up more than 10% – or at least there wasn’t in my day, I’d have to go back and look at the exact stats today – so everybody was kind of a minority. I think the challenge for [North] Americans especially applying for international programs or for INSEAD or LBS is international motivation is something that is very important to those schools. They want to see a history of people having taken opportunities that they’ve had to get international exposure and experience, to learn different languages. And you have to speak two languages to be able to go to INSEAD, not LBS, but INSEAD. That’s difficult: I’m American, have lived abroad and my French is horrible so it is a little difficult for us to get our head around that.

Judith: I was also thinking a little bit if you could talk, because you went to a two-year program and you’ve worked for both one-year programs and two-year programs, so can you maybe give our viewers a sense of why you would go for a one-year over a two-year and what some of those differences are?

Cassandra: Absolutely, and just as a point of a little correction, I actually did the accelerated program at Columbia Business School so I saved a few months, so there’s a little bit in between.

Judith: Thank you for the clarification.

Now, personally I made a complete 180 change in my career without the internship so I know that it’s possible to do it without, but I will also say that I didn’t have the benefit of experimenting with what I wanted to do. For me the reason that the accelerated program was a better fit is just because I was a little bit older. I was 29-30 when I was going into the program and it seemed two years at that stage of my life, putting my career on hold for that long, seemed just a little bit too long for me.

I think the other thing to consider is the financial aspect, the lost salary for an additional year to six months. It can be a be a differential for people. So, those are the two criteria that I would set.

I would say if you are a little bit less certain about what you want to do, maybe a little bit younger and have a bit more time to give yourself, I think it is really a gift to give yourself. It’s probably your last degree, it’s an amazing experience, so not necessarily worth rushing if you don’t have solid reasons to rush it.

Judith: Did you feel, as an accelerated student, and then also seeing students in the one-year, what the sense of community is like? I mean, I’m sure it’s very tight-knit because it’s very intensive. Can you talk more about that perhaps?

Cassandra: Absolutely. So, at Columbia, I think in some ways we had a closer class than did the September term simply because there were fewer of us. They were starting off cycle and so we actually got to know [one another], we only had three sections as opposed to the eight or whatever there are in the normal ones, so I think we were pretty close-knit.

And at INSEAD you know that it’s very, very intensive. You’re taking 80% of what is in a two-year program and putting it into 10 months, and so I think it’s sort of trial by fire and people feel connected in that way. On the other hand you don’t have that second year to form different relationships, and I think back and I’ve got one or two really close friends that I only met in my last six months that maybe I wouldn’t have met if I had a one-year program.

Cassandra: Gosh, you know that’s such a good question and I’m not sure that I have an unbiased enough opinion about what’s going on to begin with to give a perspective. What I will say is I’ve kept a property in the United States and I Airbnb it whilst I work here in London and I can tell you that tourism is down about 30% in New York, and I felt the financial hit personally on my real-estate investment. So, it wouldn’t surprise me if people do start to look for more international opportunities, and if companies do the same. But we have similar questions here, at least in the UK, following the Brexit vote.

Judith: Sitting here in Pennsylvania, I guess the h-1b is primary in my mind but certainly what’s going on with Brexit as well.

Cassandra: Well I think the US is by far the biggest target for people pursing MBAs: the vast majority of MBAs are in the United States and so I think those in the US will feel the biggest impact. But on the other hand, companies need talent and I find that they find a way to get what they need. I know that’s not a very satisfying answer.

Judith: No, I love talking to people about this because from where we sit as advisors, it’s a really interesting discussion. You know, what does it mean to students that are coming in, that may or may not be able to get that run-up to apply for the MBA? How does it affect the eventual MBA applications themselves? And then, do people want to stay here for school if they might not be able to stay here for work? So, it’s a question that I’m mulling around a lot, just from colleagues in the field, how it’s starting to affect their applicant pools, and so it’s something that I’m really glad I had the chance to talk with you today about.

Thank you so much everybody for joining us, thank you Cassandra for your insights this morning and we look forward to tuning in again soon with another Fortuna discussion. Thank you so much. 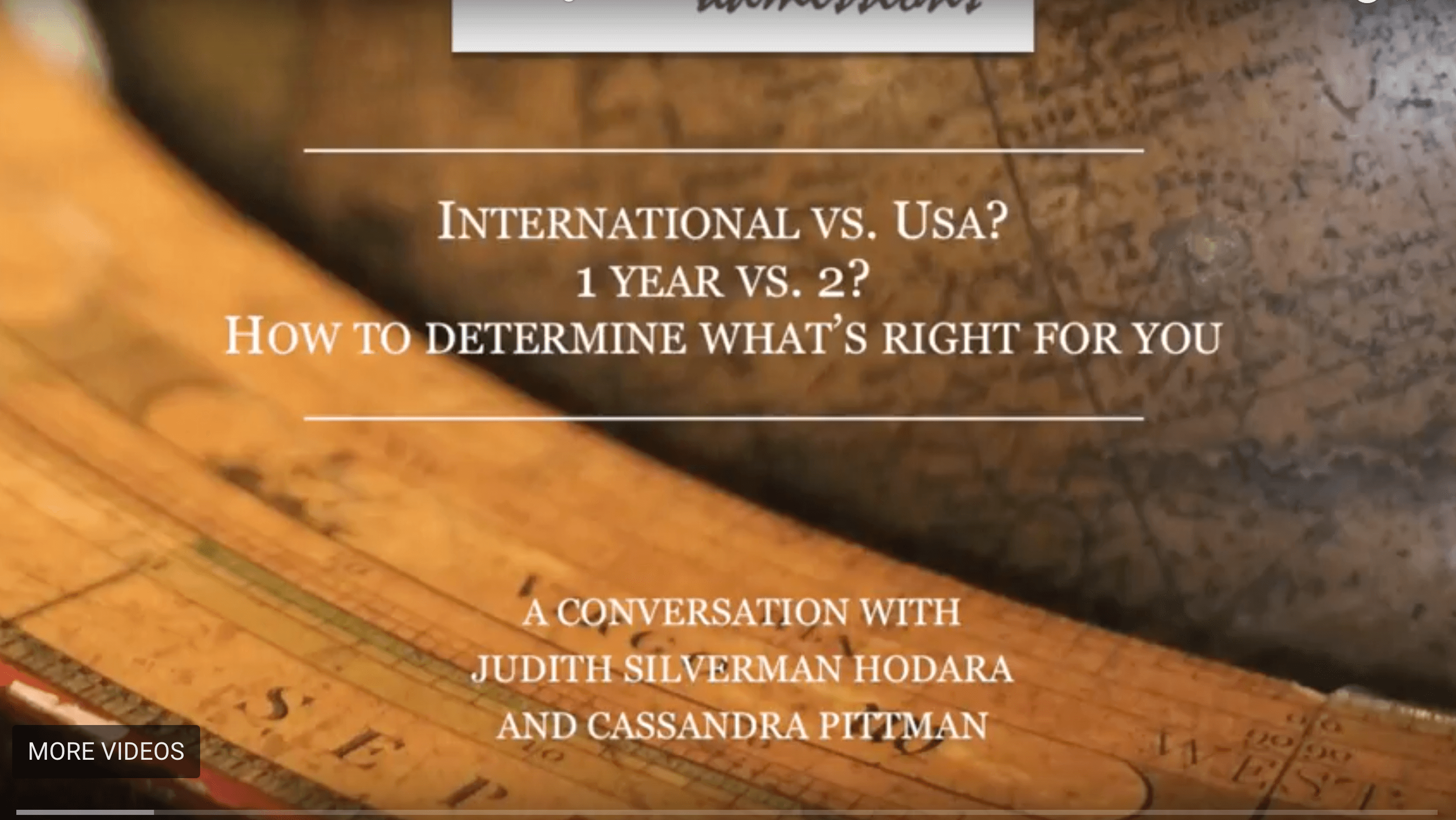