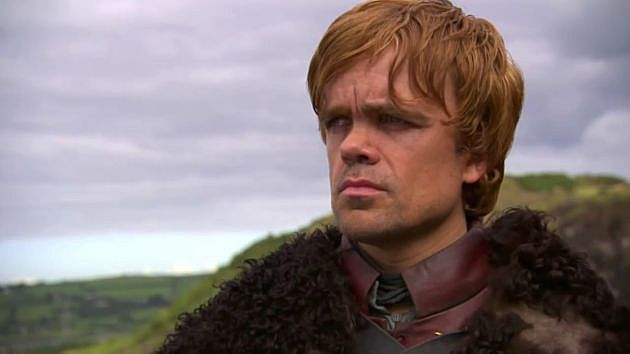 Teaching leadership to the next generation of executives takes more than academic theory.

So MBA programs around the globe have been tripping over themselves of late to find creative ways to engage students on their personal leadership journey. Budding captains of industry have consequently found themselves lifting lessons from the works of Shakespeare, from polar explorers, from the military, and at  HEC Paris in France, even from Benedictine monks.

It’s no surprise therefore that at least one b-school is now drawing lessons from what is possibly the biggest cultural phenomenon of the last decade — Game of Thrones.

They may hesitate to admit it publicly, but I suspect that there is many a business leader who, after a stressful day at the office, fantasizes about dealing with difficult partners, colleagues, suppliers or clients as efficiently as the terrifying Cersei Lannister does for anyone who stands in her way. However, according to Trond Kjaerstad, who lectures at Oslo’s BI Norwegian Business School, there’s more to be learned from the epic works of George R.R. Martin than simply how to crush your opponents.

Norway’s leading business school is so keen on Game of Thrones that it has built its latest student recruitment campaign around it. To learn how to handle unruly White Walkers, go north.

“What’s really interesting about watching Game of Thrones is how many parallels you can spot with ‘real life’ leadership, both present and past,” says Kjaerstad. “Daenerys Targeryen, for example, has many characteristics of England’s Queen Elizabeth the First, surrounding herself with strong helpers and advisors to build a team that would accomplish much more than she could have on her own. Theresa May is worryingly like Robb Stark, starting off very promising but then falling prey to increasingly bad choices. Let’s just hope she doesn’t decide to attend any weddings in the near future.

Rest assured Trond, the only thing on Theresa’s mind is divorce… but that may turn out to be another massacre.

“The eternal survivor, Jon Snow, has elements of a Macron or an early Obama about him,” he says. “He is the underdog with the promise of turning things around and making a real impact. And, if you want to find a parallel for the leader that seems to still have everyone puzzled, namely Donald Trump, then for me it would be Euron Greyjoy – not the most empathetic character in the story but nevertheless direct, tough and usually successful.”

I guess the two also share a fondness for locker room talk.

But, given Kjaerstad’s professional focus on what we, the followers, seek out in our leaders, and our apparent clarity on what ‘good’ leadership looks like, who presents the best model in a Game of Thrones scenario so chaotic and tangled that it makes the business world look like an afternoon at Disneyland?

“If you accept the approach to leadership that most academics advocate these days – co-operative, non- consensual, egocentric – then it would have to be Tyrion Lannister,” he says. “Although seemingly not leadership material at all when we first meet him – drunken, dissipated and cowardly – he just gets better and better as the narrative progresses, learning and developing from every crisis that he finds himself plunged into.”

Kjaerstad continues, “By the latest series he’s ticking so many of the right boxes, displaying both realism and pragmatism, bringing people together despite their very deep-rooted differences and providing well-reasoned and perceptive advice accompanied by some well-needed humor. The only problem is that he very likely wouldn’t want the top job because he’s perceptive enough to see that it’s not the glittering prize it promises to be!”

So, does Game of Thrones offer an MBA shortcut? Kjaerstad’s main point isn’t simply to discern to effective management by taking copious notes while binge-watching all 67 episodes that the series has aired so far.

“I think that anyone who is serious about management and leadership needs to embrace the fact that because it’s such a complex subject you can never stop learning,” Kjaerstad says. “And you don’t just learn from academic text books or the how-to guides that fill up airport bookshop shelves, you learn from everything that goes on around you. Consequently, I’d really urge any serious manager not to lock themselves into their own subject, but to read as widely as possible, to watch good films and TV shows, to travel, to talk, to exchange ideas, in short to face outwards and always keep an open mind.”

“Because you never know when or where you are going to come across that great idea which is going to make you even better than you are today.”

A version of this article was originally published in Forbes on November 12, 2017.