Fortuna Admissions has compiled the results of the major media MBA rankings of the last 12 months to produce the Fortuna Ranking of MBA Rankings 2013. 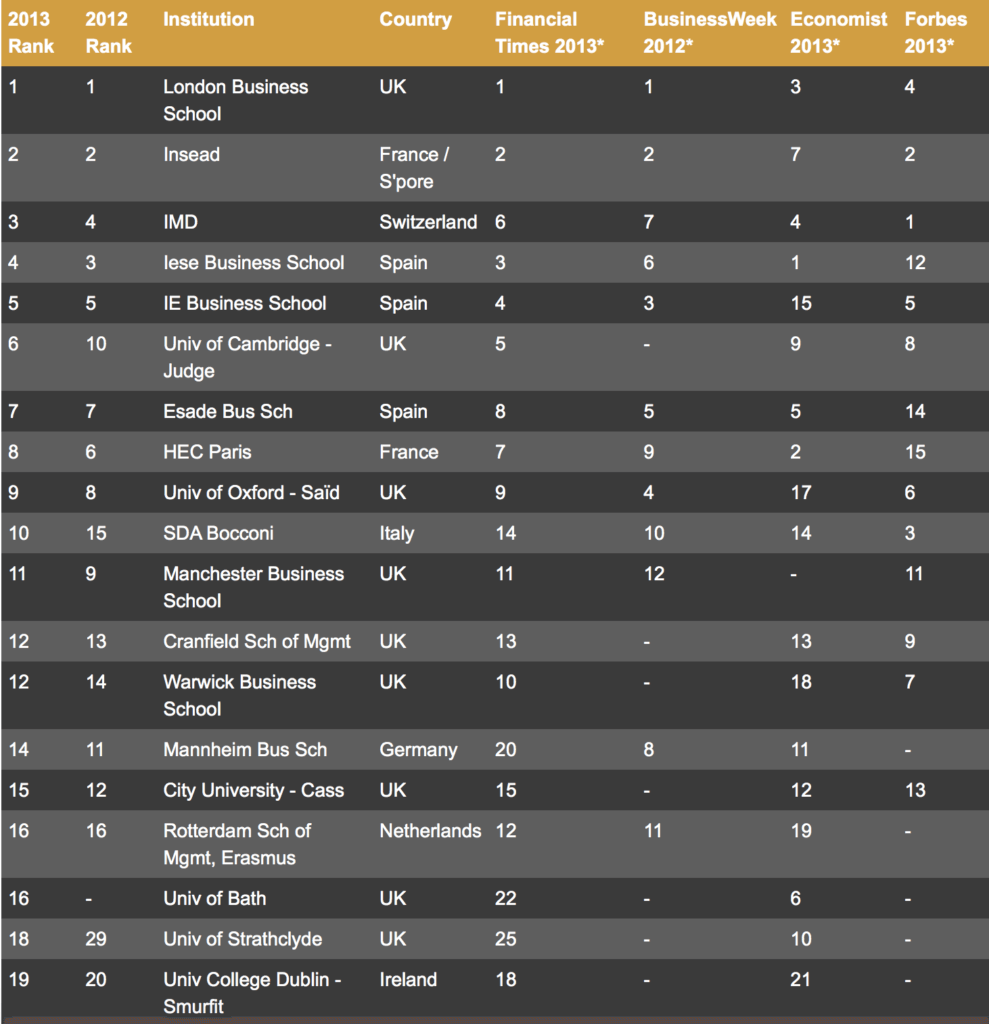 The idea of the Fortuna Ranking of MBA Rankings is to compare the performance of schools in multiple rankings, and therefore does not include the many good European business schools such as Imperial College in London, ESMT in Berlin and that appear in fewer than two rankings.