We have compiled the results of the major media MBA rankings of the last 12 months to produce the Fortuna Ranking of MBA Rankings 2014.

How do the top business schools in Europe perform when you combine these results?  LBS continues to dominate, with INSEAD close behind for the third year in a row. In addition to the gains made by IE, HEC Paris, Cambridge Judge and ESMT, the UK’s Warwick Business School has surged into the top 10, though the school does not take part in the BusinessWeek ranking. Imperial College London is included for the first year now that they participate in at least two of the major rankings. 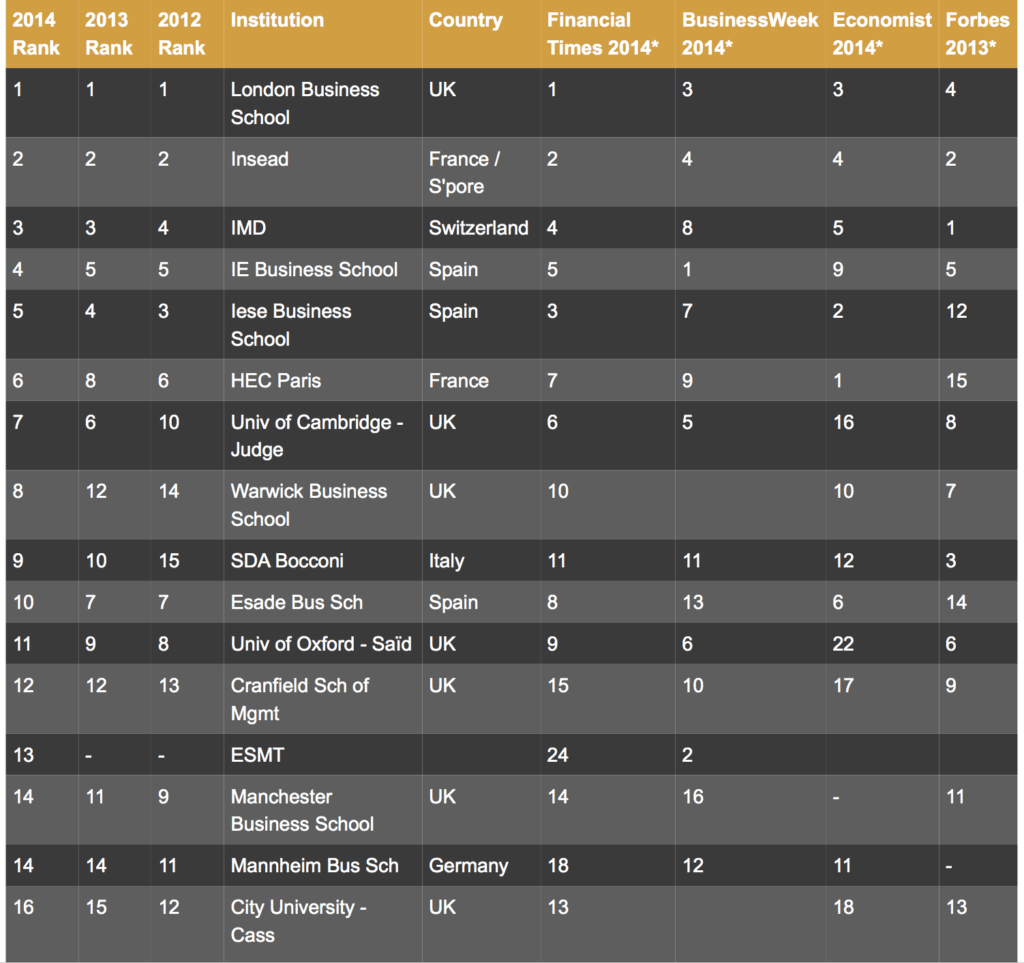 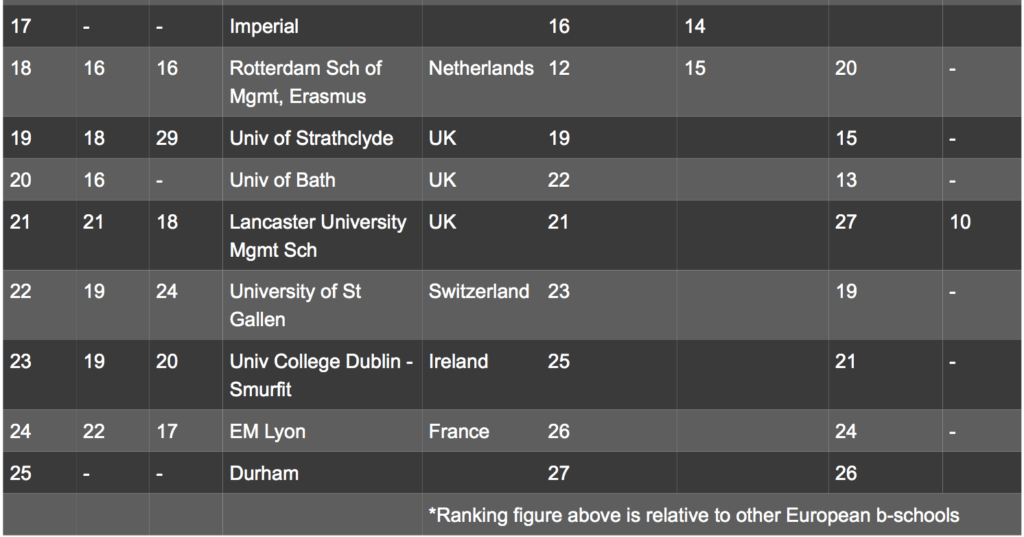 Fortuna has calculated overall performance by looking at each ranking position compared to other European schools. In the case of the FT and Economist rankings, if a European business school ranked #41 in the overall FT ranking and #33 in the overall Economist ranking, but among European business schools was #14 in the FT and #10 in The Economist, then the relative European regional figure was used for the calculation, and added where appropriate to those of BusinessWeek and Forbes, before dividing the results by the number of rankings in which they appear to achieve an average score.