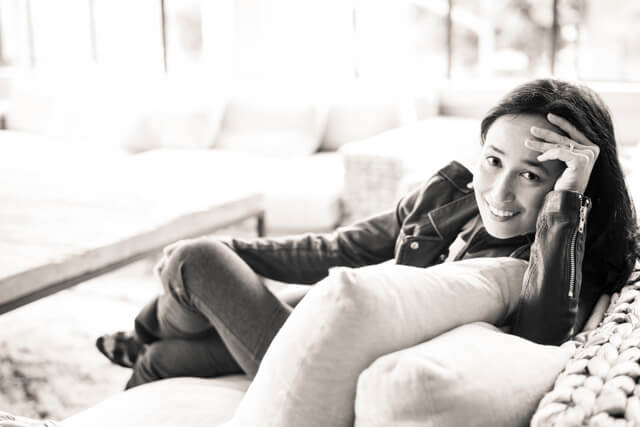 Mariam Naficy, a Stanford GSB graduate, is an e-commerce trailblazer whose influence across tastemaking and disruptive startups spans multiple industries.

Naficy co-founded of Eve.com in 1998 and subsequently raised $28 million in funding, achieving the largest market share in online cosmetics. In 2017, she founded Minted, developing the organization from a stationary platform to an online design forum sourcing original compositions from artists on a global scale. With hundreds of millions of dollars in revenue and 400 employees, the company is uniquely consumer and retailer-focused.  She currently serves as Minted’s CEO.

Naficy sat down with Fortuna Admissions’ Matt Symonds to candidly discuss the value of business school, her re-application to Stanford, defining her entrepreneurial path in the face of criticism and why passion is an instrumental driver of success.

Matt Symonds: I’ve heard you say that you never intended becoming an entrepreneur. When did the impulse begin, and what – if anything – did business school have to do with it?

I was not that child selling lemonade, that classic entrepreneur. I didn’t know anything about business growing up; none of my family members were in business, and no one talked about business or entrepreneurship at all. No one really talked about computers or technology, and so I came to all this by myself much later. My dad’s a development economist, and my mom is an editor… I was 25-26 when I decided I had to start something on my own.

Symonds: What gave you the confidence to reapply to Stanford GSB? And what do you think made the difference in submitting a successful application?

Naficy: The second time around, I re-took the GMAT and my score went up a lot. And also, I had been in banking and consulting, which are somewhat undifferentiated routes before business school. I took a break and I actually wrote a book on investment banking and management consulting and sold it to a major publishing firm. I took a job as a marketing director at a restaurant company because I wanted more consumer experience. This was a chain of restaurants being started by an entrepreneur who had graduated from Stanford business school. He ended up becoming a lifelong mentor of mine. So those are the things I did on my “year off.” I tried to do things that were more interesting, more me, and something that would help Stanford understand that I could take bold steps and do something a little different.

View Matt’s full interview with Mariam in Forbes:
“How Stanford MBA Mariam Naficy Is Changing Lives And Changing The World.”

To hear more about Mariam’s story, listen to her interview on NPR’s How I Built This with Guy Raz.