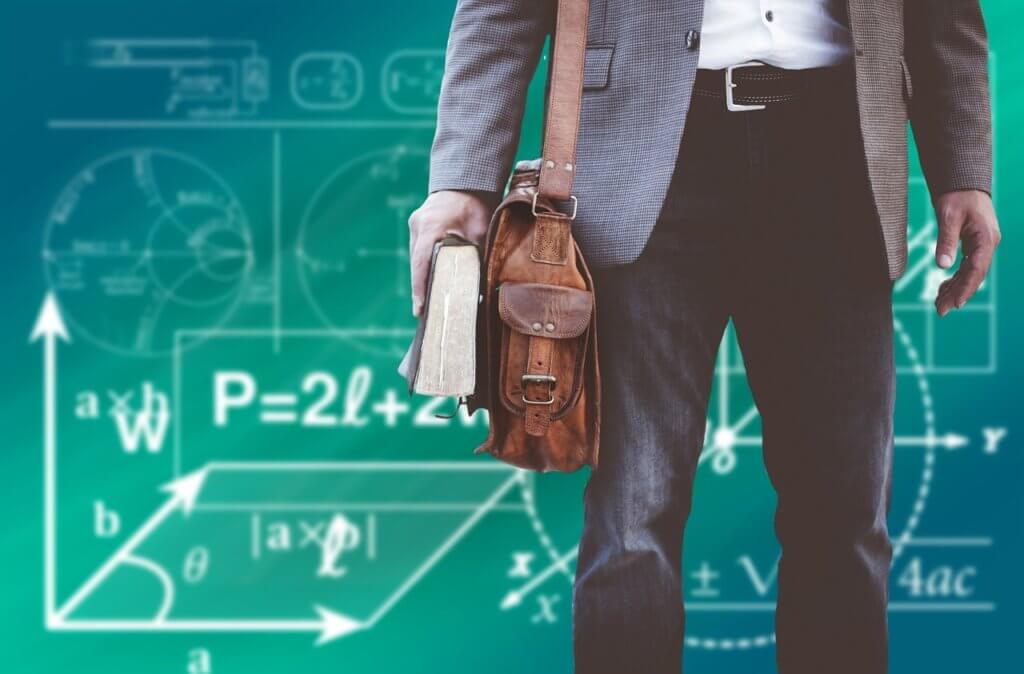 Securing a competitive and well-balanced GMAT or GRE score is imperative for maximizing your chances of admissions success to the top MBA programs.

Though MIT Sloan and Darden are among those that have introduced a test-optional policy, you’ll still need to nail a great score if your target list includes HBS, Stanford, Wharton, INSEAD, LBS, and other elite programs. As former GMAC Director and Fortuna Admissions coach Joanna Graham explained in this related article on how to prepare for the GMAT exam, candidates who score above 700 report studying at least 80-100 hours for the exam. Why? For most of us, topics like data sufficiency aren’t innate but skills you build with practice. (A recent Fortuna Admissions client who earned an enviable 760 on the GMAT confessed to studying some 210 hours.)

It’s not surprising that sleep deprivation is practically synonymous with studying for exams. I had a college roommate who used the ‘hot-wax-on-the-wrist’ technique to keep himself awake and alert the night before a test. Yet you’d be mistaken to presume more study hours at the expense of sleep will do you any favors on exam day. In fact, the foremost piece of advice from Prep Matters Founder Ned Johnson reinforces with his clients is to “make sleep as valued an input as your practice and preparation.” This got me curious to uncover the secrets to smart study that aren’t so intuitive.

In the spirit of maximizing your precious time, effort – and frankly, sanity – I collected top tips for boosting your GMAT or GRE score from trusted test prep experts.

Target Test Prep Founder & CEO Scott Woodbury-Stewart has observed what he calls “the number one predictor of which students will earn top scores on the GMAT” – and it’s not hours of study. As Scott puts it, “This advice will be a game-changer for tens of thousands of people preparing for the GMAT.”

My latest article for Forbes examines 10 Ways To Boost Your GMAT Or GRE Score (And They Are All Free). Below is an excerpt highlighting five of these invaluable, surprising, and essential tips for boosting your GMAT score and optimizing your effort.

“As difficult as it may be to believe, succeeding on the GMAT or GRE doesn’t come down to how many AP math and English courses you took in high school, where you went to college, or what your IQ is,” says Scott of Target Test Prep. “Mastering the test is a game of perseverance and confidence. Or, as I like to think of it, the Two Gs: grit and growth mindset. The Two Gs are an indispensable aspect of success for any GMAT student, regardless of his or her background, talents, and current level of knowledge. Of all of the strategies I’ve shared with GMAT students in my almost 15 years of teaching, cultivating the Two Gs has been at the top of the list.

Grit, a term popularized by math teacher turned psychologist Angela Lee Duckworth, is the motivation to stick to your goals no matter what. It’s viewing success as a marathon, not a sprint. Too often, test-takers fail to reach their full potential on the GMAT because they give up too soon in the study process. In fact, over the years, I’ve seen grit be the number one predictor of which students will earn top scores on the GMAT and which students will settle for scores far lower than what they had the potential to earn. Even the smartest students may be unwilling to pick themselves up, dust themselves off, and try again when they don’t perform as well as they hoped they would. Invariably, the students who eventually reach and even surpass their goals are those who continue studying hard and smart while their competition is throwing in the towel.

A big part of why many MBA hopefuls fall short of their GMAT or GRE goals is that they think that they’ve hit the “ceiling” of their abilities and that no amount of further time and effort will crack it. What these test-takers actually lack is what Stanford University psychologist Carol Dweck termed a “growth mindset.” The truth is, everyone can learn GMAT concepts, provided that they work hard enough and long enough. However, if you don’t believe that your skills and knowledge can be developed past a certain point — in other words, if you believe that your abilities are innate rather than acquired — you’re unlikely to put in the time and effort you truly need to reach your goal. With a growth mindset, every hurdle is another rung up the ladder of GMAT success, and you’re no less able to climb the first rung than you are to climb the hundredth. If anything, you get stronger as you go.

So, how do you succeed on the GMAT? By believing you can and sticking with it until you do. You’ll need both grit and a growth mindset to get you to your GMAT goal – the two go hand in hand. Without these Two Gs, failure will always be an alternate route on your GMAT journey.”

2. Make Sleep Part Of Your Preparation.

“During sleep, we consolidate learning, making things ‘stick,’ and also make connections to what we already know,” says Prep Matters Founder, Ned Johnson. “Rather than memorizing scores of seemingly disparate rules and facts, sleep helps us see to use fewer “tools” broadly and creatively. Sleep insufficiency can make brains work like we have ADHD and/or anxiety. Under-rested, our bodies produce excess cortisol, a stress hormone that plays havoc with executive functions, including problem-solving, cognitive and emotional flexibility, and working memory, the ability to hold things in mind, so crucial for the abstract reasoning in Data Sufficiencies.

Take a page from Personal Finance 101 and ‘pay yourself first:’ plan for 56 hours of sleep a week. Then, “spend” the other 112 hours. Lastly, for those whose test-day jitters often undo hard work, know that a flood of cortisol is what we experience in the “freeze, flight, or fight response.” Great for saving your life but less than helpful on the GMAT. It doesn’t make much sense to spend countless hours cramming stuff into your brain if under too much stress you lose your mind! So, make sleep as valued an input as your practice and preparation.”

“Work hard, rest hard,” says Ned, who co-authored The Self-Driven Child: The Science and Sense of Giving Your Kids More Control Over Their Lives. “Like with weight-lifting, we benefit from time between workouts, physical or mental. Give your brain time to reflect on, and play with, the rules of grammar, why rate and time are inversely related in work problems, and why B was better than D on that vexing Critical Reasoning question –though they seemed to say the same thing! After studying, go for a walk or jog. Do the dishes or clean your apartment. Just don’t pick up your phone or a work assignment, giving your brain something else to dwell on. As the great American educator John Dewey observed, ‘We do not learn from experience… we learn from reflecting on experience.’

One of the hardest parts for my GMAT students is finding time to study when their brains aren’t fried. Work all day, which for most of us means hours in front of a computer, and then see how well your brain works. Short answer: not so well. Then, they get frustrated when ‘everything seems so hard!’ Before transitioning to test study, get a workout in. Go for a walk or run. Meditate. Have dinner. Get away from your computer and phone. Back when computers had limited RAM memory, old farts like me were told to ‘defrag our computer’ to restore its speed and operation. Well, people still have limited cognitive resources. After hours of work that gum up or chew up your working memory, look for ways to reset. Reboot first, and you’ll get much more out of your hard work and greater confidence, to boot.”

“When stressed, the amygdala jumps into action, kicking the freeze, flight, or fight response into gear and knocking the problem-solving prefrontal cortex offline. Not good,” adds Ned. “That’s why things that seemed friggin’ impossible during a test look so easy afterwards. I have a super-sharp but test-anxious student who’s also battling a sexist culture at work. A college athlete, she adopted my prescribed frequent runs with instructions to accelerate past middle-aged men and snicker as she did so. Shallow? Yup! Effective? Uh-huh. Before your practice tests and real test, rock your favorite t-shirt, listen to whatever music gases your mojo, and visualize yourself (academically, athletically, socially) where you are ‘all that.’ For peak performance, get in the mindset of predator not prey. Swagger, baby!”

The notion of combining mindset with content mastery is something City Test Prep Founder Bara Sapir has honed into a “mindset toolbox” for exam takers to optimize performance and achieve higher scores. Says Sapir: “These tools are not typically thought of when doing ‘test prep’ but are game-changers for those who need them. Hypnosis, Emotional Freedom Technique (EFT)/Tapping, and Neuro-linguistic programming (NLP) are in our arsenal of tools to shed anxiety, reframe an experience, and promote greater focus. These holistic tools are the ‘big guns’ in change work. They fire the inner critic. They shift our negative belief systems and improve responses to challenges in productive, performance-positive ways. If students ‘have a story’ that they’ve ‘never been good test-takers,’ or ‘can’t do math,’ or ‘knew the material before when studying but blank out when they are in the test environment,’ then these techniques course correct. They are so powerful, that we can employ them even the day before a test, to eliminate anxiety. Still, it’s advised to address anxiety and stress when you feel it, not to procrastinate until the last minute. You might as well deal with your anxiety, stress-free, right?

Among the goals of these various tools and techniques, says Sapir, is to help “students enter into the highly desirable ‘flow state’ or ‘feeling present.’ In this state, focus and recall are more easily attainable, and students feel fueled by their intentions and more engaged to hone in on questions, recall content, and employ their best test-taking strategy.”

The big takeaway? Setting yourself up for success on the GMAT or GRE is about building knowledge alongside cultivating a mindset that allows your hard-won skills to be deployed with ease on exam day. As City Test Prep’s Sapir says, “After all, tests don’t only measure what you know, they measure how well you take tests.”

For all 10 tips, view my full article with all 10 Ways to Boost Your GMAT or GRE Score on Forbes.

To learn more about why the GMAT matters to top MBA programs and how to prepare, read our related articles:

Matt Symonds is Co-Founder of Fortuna Admissions and Co-Host of the CentreCourt MBA Festival. For a candid assessment of your chances of admission success at a top MBA program, sign up for a free consultation. 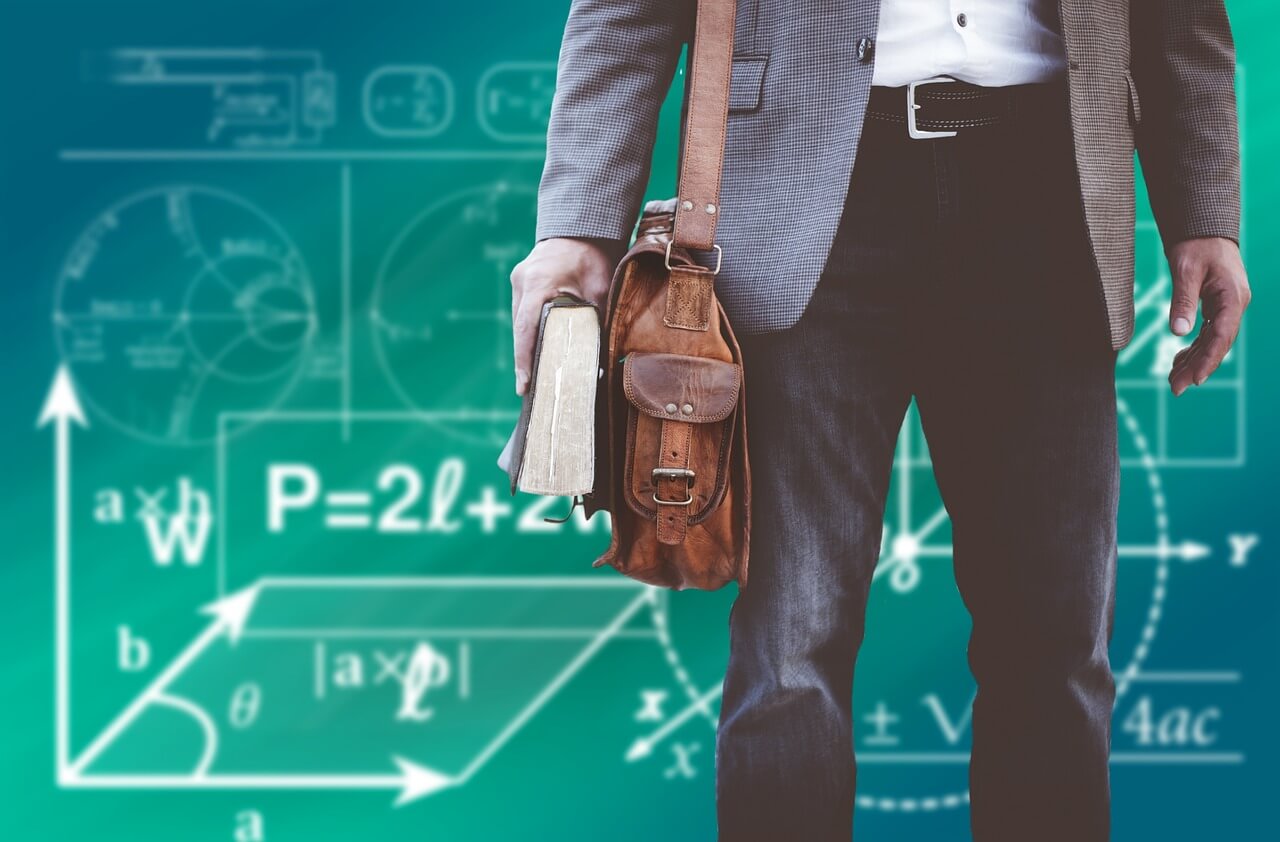